After putting the plant into operation in 2012, they soon discovered the benefits of automated blast cleaning, and that is why their manual chamber was also equipped with Blastman robots in 2013.

It should be mentioned that the manual blasting chamber was originally designed in the way so that blasting robots could be installed in the chamber.

The requirement was to build production facilities providing high-quality blasting of exterior and interior surfaces of various freight cars with a given speed before painting.

Tikhvin Freight Car Building Plant is considered to be one of the most large-scale investment projects in the European machine building industry regarding the amount of the investment, production facilities, and high-technology capacity. 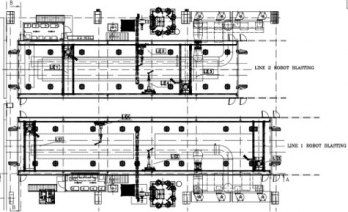 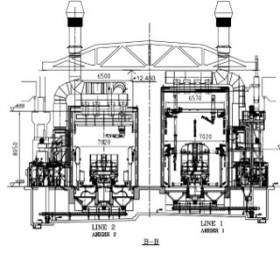 The surface treatment facility consists of two parallel production lines each having a robotic blasting chamber.

Each robotic blasting chamber is equipped with two gantry-type Blastman B20 robots and two wall-mounted Blastman B16 robots. Each robot arm manipulates two parallel blasting nozzles with a 16 mm diameter.

The Blastman robots clean both interior and exterior surfaces of various freight cars. Dust removing and, if necessary, manual touch-up blasting are done in the next cleaning chamber.

Blasting time for one freight car is 30-90 minutes depending on the freight car type and the blasting program.

The planned production rate has been reached after optimizing the line operation during the production ramp-up period. The amount of manual work has been minimized.

Due to the optimization of the robotic blasting programs and the right choice of the abrasive material, the required cleanliness class Sa 2 ½ and the required surface roughness have been achieved. 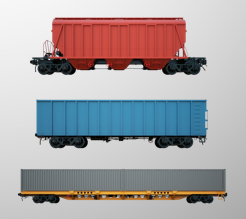 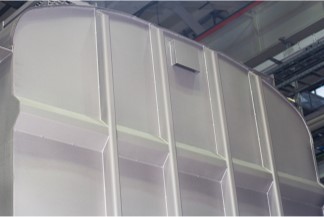 ”Tikhvin Railway Car Building Plant JSC is one of the world leaders in the design and manufacture of freight railway cars. The plant began its production in 2010 and produced over 100 000 railway cars of various types. During the design and construction of the plant, it was decided to use Blastman blasting robots in the technological lines. After the plant was launched, we started the operation of the first Blastman blasting chamber with 4 robots. After a year of production, it became obvious that the implementation of production program of the plant is only possible with the use of robotic blasting technology. Therefore, 4 more Blastman robots were purchased. Thus, at present, the plant successfully operates 8 Blastman robots: 4 gantry-type B20S robots and 4 wall-mounted B16 robots. The robots are used both for cleaning the outer and inner surfaces of the railway cars. The plant has achieved unique performance indicators. Thus, an open car is cleaned by 4 robots in less than 30 minutes. The robots meet all our requirements ensuring consistent high quality of the surface treatment of the railway cars. We have been operating the Blastman blasting chambers and robots for the 10th year in a non-stop mode 24/7. Blastman Robotics and its subsidiary Blastman LLC provide fast and efficient technical support and supply of spare parts ensuring reliable operation of the robotic equipment and the entire technological process of cleaning and painting the railway cars. Blastman is an important and reliable partner for us.”